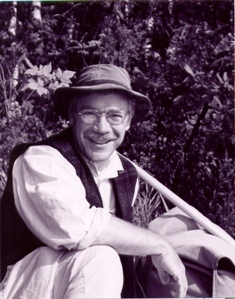 Primarily a poet, Sutter enjoys working in a variety of genres. He has published poems, essays, and stories in dozens of magazines and produced nine books, the most recent of which is Nordic Accordion: Poems in a Scandinavian Mood (Nodin Press, 2018). My Father’s War and Other Stories (Viking, 1991, U of MN 2000) won the 1992 Minnesota Book Award in Fiction. The Book of Names: New and Selected Poems (BOA Editions, 1993) won the 1994 Minnesota Book Award for Poetry. For several years, Sutter wrote and broadcasted monthly commentaries for Minnesota Public Radio, and these essays were collected in Cold Comfort: Life at the Top of the Map (U of MN, 1998), which won both the 1999 Minnesota Book Award for Creative Non-fiction and the Northeastern Minnesota Book Award.

Sutter’s verse one-act Small Town Triumphs was produced by the Great American History Theatre of St. Paul in 1992. His play Bushed: A Poetical, Political, Partly Musical Tragicomedy in Two Acts, with original music and arrangements by Marya Hart, was produced by Rubber Chicken Theater of Duluth in 2008 and named Best Local Play of the Year by the Reader Weekly. Pine Creek Parish: A Verse Play with Music, another collaborative effort with Marya Hart, was produced by Southwest Minnesota State University in 2010 and received a commendation for playwriting from The Kennedy Center American College Theater Festival, Region V. Cow Calls in Dalarna, a 50-minute verse play with folk music, was produced by the Swedish Cultural Society of Duluth in 2016, with additional performances at the American Swedish Institute in Minneapolis.

In 2005, Sutter won the George Morrison Artist Award for his contribution to the arts in northeastern Minnesota. In 2006, he was named the first Poet Laureate of Duluth. He has received other awards from the Academy of American Poets, The Bush Foundation, The Jerome Foundation, The Loft, and the Arrowhead Regional Arts Council.

Barton Sutter has read his work to a wide variety of audiences—from the public library in Bovey, Minnesota, to the City University of New York, from the American Swedish Institute in Minneapolis to Pittsburgh’s International Poetry Forum. He often performs as one half of The Sutter Brothers, a poetry-and-music duo. He is featured in the documentary Pretty Much 100% Scandinavian: Saga 4 by the Swedish film company Camera Q.

Barton Sutter lives in Duluth with his wife, Dorothea Diver, on a hillside overlooking Lake Superior. Next to reading and writing, his favorite pastimes are cross-country skiing and exploring the canoe country along the Canadian border.

Cold Comfort: Life at the Top of the Map
An oddly brilliant and lovely little book.
--Jim Harrison

Farewell to the Starlight in Whiskey
Restores your faith in the drumbeat of your own heart.
--Minneapolis Star Tribune